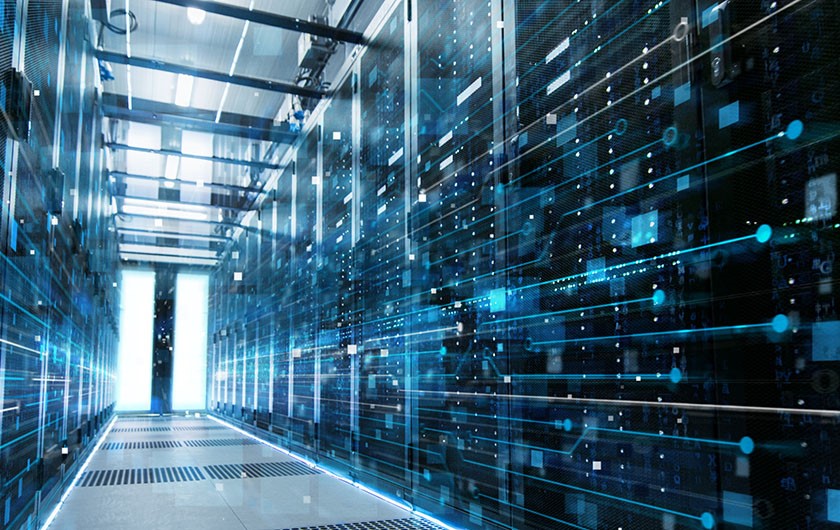 The supercomputer Fugaku, jointly developed by RIKEN and Fujitsu, began operation in May 2020.

The Fugaku prototype was ranked number one in the world in the Green500 energy-efficiency ranking in 2019 because of its design to compute efficiently using less power. Initially intended for service from 2021, Fugaku was put into operation ahead of schedule because its functionality proved useful as part of the response to the COVID-19 pandemic.

This article examines how Fugaku was manufactured and gives a behind-the-scenes view of Fugaku's manufacturing site.

Fugaku's computing excellence is on an unprecedented scale

Fugaku is a next-generation supercomputer* that is the successor to the K computer, which ended operation in August 2019. Fugaku is being fine-tuned to achieve an application execution performance 100 times greater than the K computer. In June 2020, Fugaku was ranked number one worldwide on the TOP500 list of supercomputer processing capabilities and was nearly three times more powerful than the runner-up.

Manufacturing of Fugaku began in April 2019 at the Fujitsu IT Products (FJIT) factory in Japan's Ishikawa prefecture. Delivery of over 400 computer racks from FJIT to RIKEN in Kobe began in December 2019. The manufacturing and delivery of all units was completed in mid-May 2020.

The basic processes of manufacturing Fugaku are the same as those of general computers. However, the number of components such as central processing units (CPUs) installed in Fugaku is completely different. For example, while a regular computer has only one CPU, the heart of a computer, the K computer has 80,000 CPUs and Fugaku has almost twice that, or over 150,000 CPUs.

The number of CPU cores, which perform arithmetic processing, has also increased to 48 cores in Fugaku compared with eight cores in the K computer. Operating that many CPUs in conjunction to compute at an ultra-high speed requires both CPU capability and network connectivity to link the CPUs with each other. A large amount of cables is also required to connect the racks with each other. In addition, the total number of parts in Fugaku has increased to 1.9 times that of the K computer. This required more work for the assembly processes. It also required FJIT to have a large number of parts in stock and the space to assemble Fugaku.

The FJPS is the Fujitsu Group's proprietary manufacturing system based on the Toyota Production System (TPS) and combines information and communication technology (ICT) with kaizen, which is a Japanese term for continuous improvement. Fujitsu uses this system to help improve product quality and productivity by visualizing the operating state of manufacturing processes and automating them.

To achieve the goal of manufacturing Fugaku in only seven months, FJIT made an adjustment to the FJPS, which included producing a prototype and preparing for mass production by building a manufacturing line. This process took about two years. These efforts led to the manufacture of Fugaku at top speed from the outset without affecting the manufacture of other Fujitsu products.

The ingenuity of Fugaku

When compared to manufacturing conventional computers and servers, Fugaku forced FJIT to work at an unprecedented scale and speed. But that was not the only issue that FJIT had to resolve when manufacturing the supercomputer.

Since Fugaku required many more parts and space for manufacturing than conventional computers, FJIT enhanced Fugaku's production lines in various ways, such as optimizing the transport of inventory parts. In the manufacturing site, where many parts are moved around, the best transportation route constantly changes according to factors such as the movement of operators and sudden changes in the manufacturing situation.

Accordingly, it was necessary to instantly calculate the best route for each parts transpotation. As such, FJIT adopted Fujitsu's quantum-inspired computing technology, Digital Annealer.

Digital Annealer is a technology designed to quickly solve combinatorial optimization problems that are difficult for today's conventional computers to solve. Previously, FJIT relied on the experience of workers to pick up parts efficiently. However, inexperienced workers have difficulty in determining what parts should be put on which shelves and can take quite a long time to transport parts.

FJIT used Digital Annealer to display the best line of traffic to pick up required parts on a tablet as a map. Each operator checked the tablet to transport parts, reducing the time required for the work.

FJIT automated many of the assembly lines, except some lines involving manual work, such as soldering CPUs and electronic components and assembling shelves and racks. One example of an automated process is fastening screws to mount a logic board to the back panel.

Some operations could be done by arm robots more precisely by collecting data in real time using visual sensors. 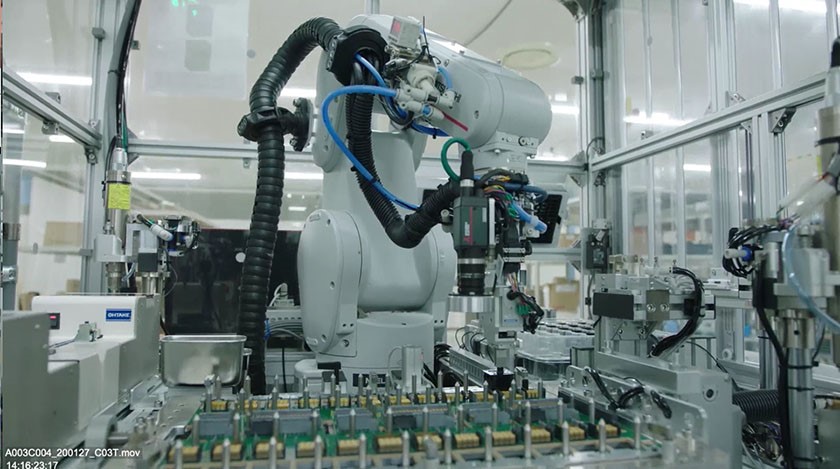 In addition, FJIT enhanced the quality assurance of parts at each process. As well as performing conventional visual checks, FJIT used an appearance inspection device based on image recognition technology.

FJIT also focused on eliminating rework while ensuring quality. As a result, FJIT significantly improved the amount of production per day from that of the K computer, manufacturing computer racks at a pace of 70 units per month. This allowed Fugaku to be completed according to schedule.

Test operation of the Fugaku

Computer racks cannot ship immediately after the manufacturing process. In the case of Fugaku, which comprises almost 400 units of computer racks, it would take an enormous amount of time and effort to deal with any defects discovered after on-site assembly. Therefore, pre-shipment test of computer racks was of great significance. During the pre-shipment test, FJIT tested each CPU and then took 40 hours to check the operation of parts. Since large amounts of processing results data are output in the quality inspection process, FJIT deployed automated mechanisms for fault analysis, repair work and other processes.

The operation test of computer racks was performed in the same environment as RIKEN's computer room where Fugaku would actually be installed.

In this way, FJIT used ingenuity to ensure Fugaku would be manufactured in a short time. This is the result of combining the experience and know-how that the Fujitsu Group has gained with cutting-edge ICT infrastructure.

Although FJIT prepared everything for manufacturing Fugaku, it encountered unforeseen circumstances. The spread of COVID-19 led to a risk of suspending manufacturing operations.

In Part II of this article, we will report how FJIT resolved such difficulties, as well as how it delivered Fugaku to RIKEN. If your OT data is bad, then your business data will be worse
Read more