Many drivers don’t realize it, but Artificial Intelligence (AI) is already a standard component in high-end modern vehicles, making them safer. Lane departure sensors, traffic sign recognition and travel assistants all rely on the technology.

It works with built-in cameras and sensors, which capture the environment in and around the vehicle. The AI recognizes traffic lane lines, vehicles driving ahead and traffic signs, classifies them and converts its findings into relevant driving adjustments or driver alerts.

But what about the wider traffic picture, especially when there is a dangerous situation ahead, on a highway, for example? If a traffic jam is coming up, an accident occurs, or there are car parts on the road, it can improve safety if drivers are warned about the hazards they are about to encounter. It would protect drivers who have not yet reached the dangerous spot and help those who already have by preventing a bad situation from getting worse.

This is not a new category of hazards – there are already some approaches that could be improved, to warn drivers of trouble ahead. Radio stations can broadcast immediate alerts, usually the result of calls from drivers already at the scene of the accident or a traffic jam. These broadcast messages are typically delayed by several minutes, often considerably longer. Meanwhile the situation could have gotten worse already.

An additional approach sometimes makes it possible to alert drivers and set up temporary speed reductions using road warning panels and other illuminated signs. Combining these systems with video surveillance makes them more effective, particularly if deployed at known danger spots. Even better is an area-wide video surveillance system.

However, it should be acknowledged that traditional approaches do not work very well and do not reduce Road Traffic Accidents (RTAs) efficiently. There is a limit to how many cameras can be monitored by one person. For them to remain attentive and ready to react immediately requires unbroken concentration. Without AI, a large number of employees would be needed to be sure all cameras are monitored effectively.

The risk is that a dangerous situation, an oil slick, for example, or even small objects on the carriageway, could be easily overlooked. With AI however, panels and warning displays such as gantries or LED displays and matrix signs can be triggered.

AI can be used on public roads for traffic monitoring and control, especially on highways, to reduce potentially fatal accidents by warning drivers and slowing them down via the above mentioned panels and warning displays.

It can also be used on racetracks to improve track safety. Instead of a traffic control center, in this domain, road protection can be alerted automatically by an AI-based detection and control system. The relevant warning signals can be displayed on LED panels to inform oncoming drivers about the dangers they are about to confront, especially in sections of the road that are difficult to see.

The AI system combines several intelligent capabilities to draw important conclusions from the camera input. Firstly, AI object recognition identifies the different categories of objects that might be found on the track – such as vehicles or people – then image segmentation allows it to discriminate between the road, areas of grass, gravel and guard rails. Consequently, it can also detect anomalies from vehicle collisions or potentially dangerous conditions such as car parts on the road.

If a potential issue is identified, such as when a person is on the roadway, the system automatically generates alerts to the traffic controllers – who can respond by triggering the visual notifications to drivers. Other issues that can be detected are for example if there are vehicle parts or objects on the road that have fallen off a truck or if vehicles have left the lane and are off-road or in a guardrail. Also vehicles that suddenly broke down due to an engine failure or a flat tire or if there was an accident with multiple vehicles – all these can be detected by the AI-system.

The visual alerting can also be triggered automatically, by the AI system, to improve reaction time.

Similar AI-approaches are already being evaluated, for example, at the Nürburgring in Germany.

As well as detecting potentially dangerous situations across more camera feeds than a human operator can safely monitor, AI can also direct the focus of traffic control personnel to important areas they might have overlooked.

Beyond the pure safety aspect, AI also enables road authorities to record and analyze how an accident develops and assign the cause of any damage. Unauthorized driving in certain areas, on the side stripe for example, can also be punished more accurately and consistently.

To find out more about how Computer Vision and AI can help transform your cities, organizations or businesses, click here.

Steffi Brauer
Steffi is the Head of Smart City Solutions, Digital Transformation Unit, Fujitsu. She is based in Germany and is passionate about making cities more livable, sustainable and future-proof. 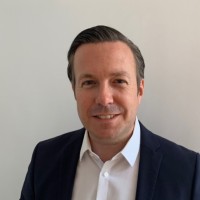 Stefan Schiffer
Stefan is the Head of Smart Manufacturing Solutions – Digital Transformation Unit, Fujitsu. He is passionate about helping customers implement emerging technology solutions such as AI and Video Analytics to achieve their business and organizational outcomes. How to transform work and harness the full potential of your junior talent?
Read more How to empower your employees to accelerate AI’s impact on your business and society? We have the answer!
Read more